Dilpreet Dhillon, born in Fatehgarh Sahib, Punjab, is the epitome of the much talked about “Punjabi Swag”. A perfect blend of good looks, singing style and Punjabi charm, he rules over the hearts of many. During his younger years, he found his inspiration in the works of Kulwinder Dhillon. Dilpreet kicked off his singing career with the song “Gundey No. 1”. The song gained unparalleled popularity right after its release and now sits at over 28 million YouTube views. His first album, 8 Kartoos, released worldwide on Decemeber 17, 2015 which left a lasting impression on the minds of the audience. Dhillon also made his movie debut with “Once Upon A Time in Amritsar” in the year 2016. He also had a cameo in movies such as "Chandigarh Amritsar Chandigarh" and "Manje Bistre". Apart from “Gundey No. 1”, his discography includes toe-tapping songs such as “Thar Wala Yaar”, “Velliyan da Munda”, “Yaaran Da Group”, “Gulab”, “Thar Te Baraat”, “Wang”, "Gunday Ik Vaari Fer", "32 Bore", "Veham", "Pikka" and many more. 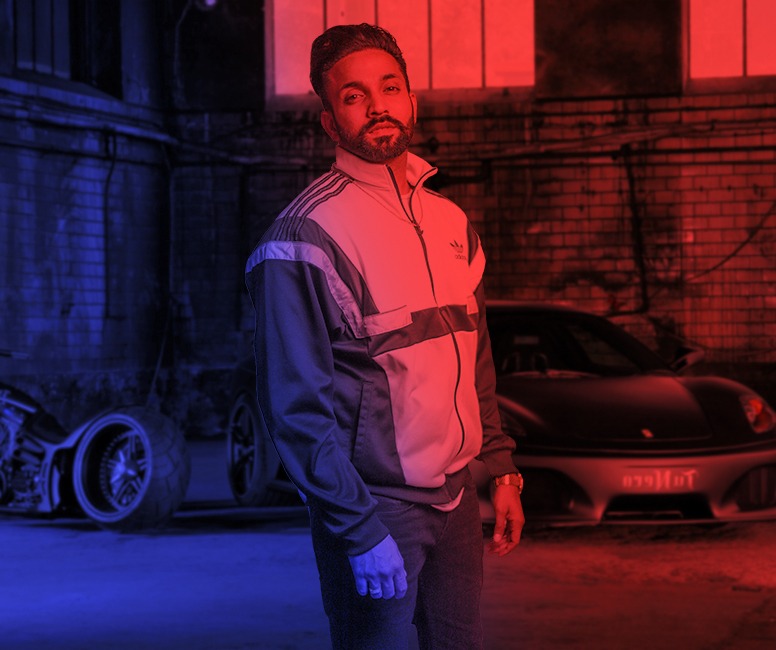