Gurnazar Chattha - the immensely gifted city-lad has completely changed the music and nightlife scenario all over North India. Hailing from the city of Kurukshetra, he has become a popular name among the youth today. Gurnazar kicked off his career in the year 2012 when he started singing live at Satva- a renowned lounge and bar in Chandigarh. He got his first mainstream break with "Yaaran da Katchup" movie and he hasn't looked back ever since. With over 10 songs from Punjabi movies he has the super-hit singles Aadatan, Bewafa, Pinjraa, Black n White, Izhaar to his name. After the success of his serenading romantic numbers, he has also ventured into the upbeat and dance genre and has won over everybody’s heart with his song "Kala Tikka" featuring Millind Gaba. His latest song “Kudi Kudi” is a recreated version of 90s hit song. He also collaborated with Shirley Setia to give a super hit song "Koi Vi Nahi". In 2018, Gurnazar collaborated with Diljit Dosanjh as a lyricist, for the latter's song "Jind Mahi". The songs received huge acclamation from the listener. An absolute favorite of the audience, his live gigs keep everyone's ears glued and feet tapping. 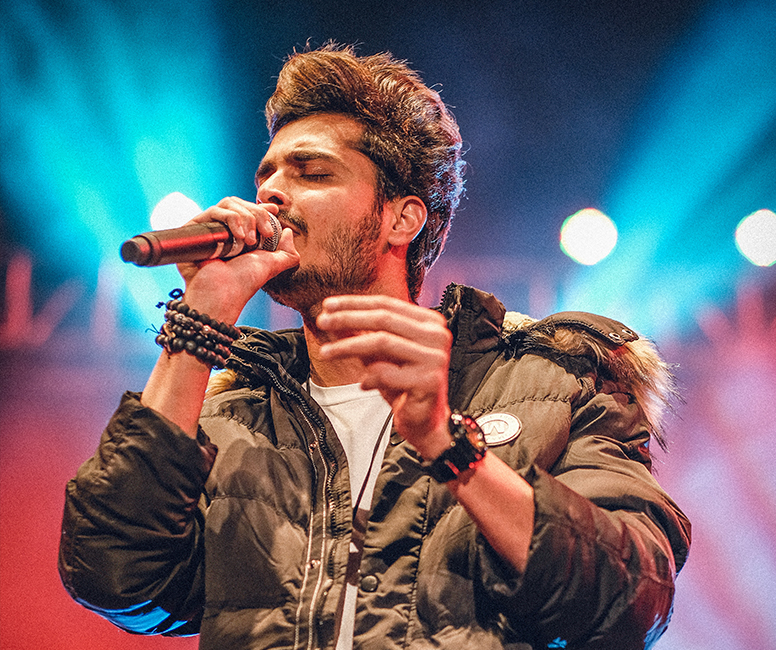