Known for his Multifaceted Talent, Hiten Panwar is a Rare Instrumentalist, known for his Versatility and Ability to play Multiple Percussion Instruments simultaneously. A student of the classical music tradition since childhood, at the early age of Six, Hiten Panwar learned the Tabla under the tutelage of Late Pt. Giridhar Prasad Jaipurwale of Delhi Gharana, hence privileged to be taught by Late Shri Ravindra Rajbhatt, the finer nuances of the Tabla. Percussions & Dhol by Shri Rajesh Rajbhatt and Shri Bharat Gangani of the Ajrarha Gharana. Furthermore, Hiten Panwar is Trained in the Classical Dance Form Kathak under the proficiency of Late Pt. Guru Sohan Lal at the age of Seven and later continued his training from Shri Ram Kumar. Keeping up with the times, he is also skilled in multiple forms of Western Dance. His passion for “Rhythm” invigorated him to master a series of Indian and International Percussion Instruments namely, Djembe, Darbouka, Drums, Dhol, Tabla, Timpani, Bongo, Congo, Tabla, Dholak, Udu Drum, amongst which Chongo, Madal, Nagada, Nasik Dhol, Morsing are few to name. A Power-Packed, Confident and Versatile Performer, be it a Live Concert or a Studio Recording, the ease he distills at playing all percussions is a rare ability. His command over the Classical Idiom and Modern Music is Commendable. 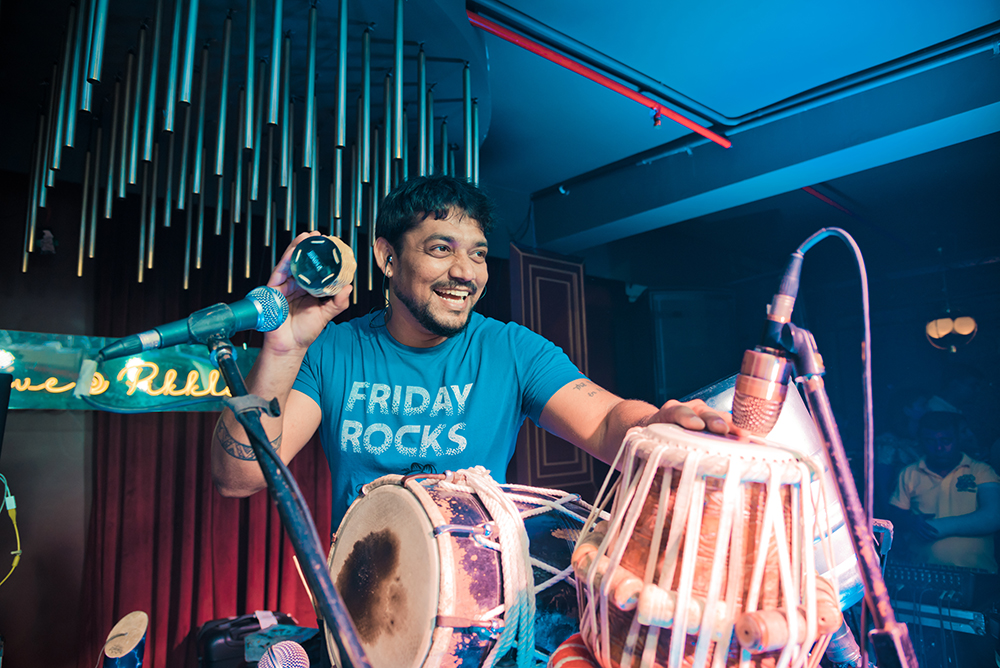